Parallel with the Turkey-sponsored military aggression of Azerbaijan against Artsakh, Azerbaijan has activated its army of fake accounts in social networks, the number of which rises every day.

Some of them, which were created during the war a prior to it, spreading obviously false information.

The fake pages and accounts created by Azerbaijani president Ilham Aliyev have come into the focus of even the leadership of Facebook. Still on October 9 Facebook deleted 589 accounts, 7906 pages and 447 Instagram accounts that were linked with Azerbaijan. The official statement of Facebook said the comments made by the banned pages were often about regional and international news, the government's policy, the tensions between Armenia and Azerbaijan, the activities of Armenia during the last escalation of Nagorno Karabakh conflict, as well as were praising Ilahm Aliyev and New Azerbaijan Party. ''They also criticized the opposition, the leaders of which were accused of treason and denied the accusations of human rights violations in Azerbaijan'', Facebook said.

Some Azerbaijani fake accounts still remain, trying to spread disinformation about the military operations. Below we present some of them.

This Facebook account that seems to be a European news account at first glance, in reality is Azerbaijani. One can easily understand it by reading a few publications. It spreads obvious pro-Azerbaijani and pro-Turkish materials, but they are so far from reality that the reader can think that Azerbaijan and Turkey have conquered entire Europe and Asia, and now are moving to America. 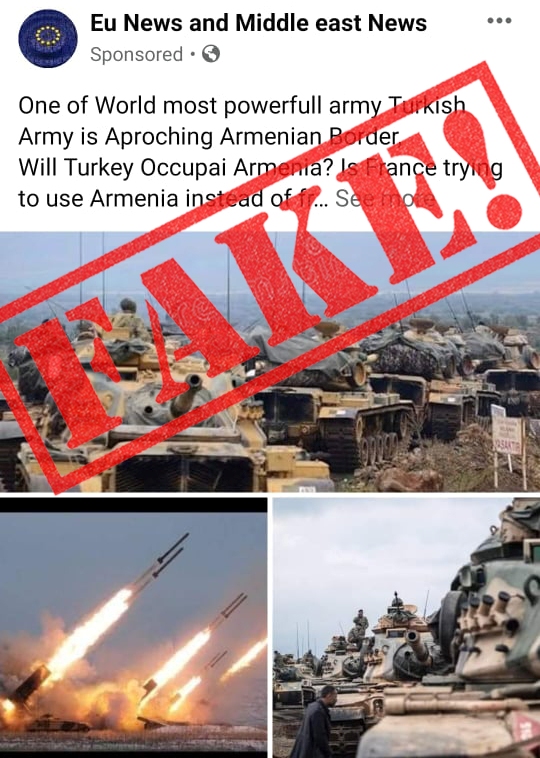 Interestingly, the account has a history of 2.5 years. It was created on April 21, 2018, but has just 270 Likes and 300 followers. Given the population of Azerbaijan of 10 million, the numbers are not so promising.

Despite its name and the profile picture of the Armenian flag, it's also Azerbaijani fake account. It's also not so interesting for Azerbaijanis, which is proved by the number of Likes and followers of the account. 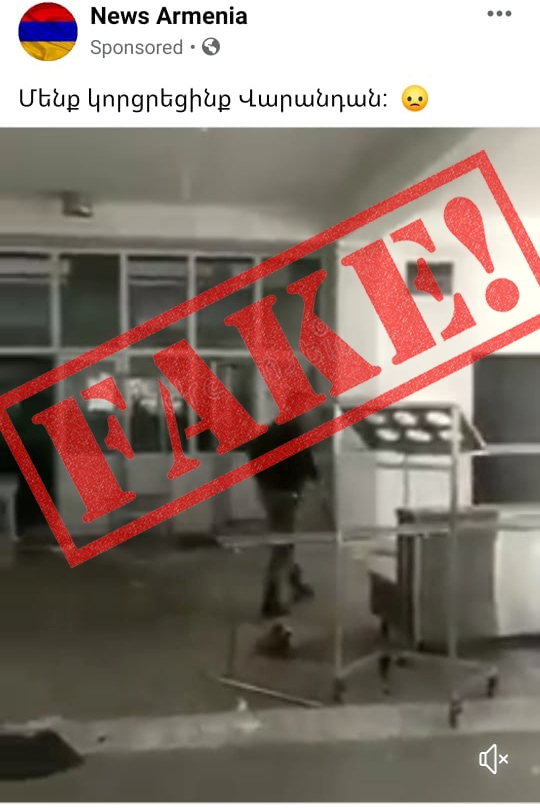 The account spreading disinformation and xenophobia against Armenians was created on October 12, 2020, in the period of the war. During the 12 days the account was able to collect 476 Likes and 641 followers. Those who make comments under the publications of the account are mainly Armenians, urging to ''report'' the Azerbaijani account.

The account called ''Azerbaijani Armed Forces'' is one of those created during the war, October 10, 2020. It has an obvious tendency of spreading disinformation. Despite the fact that the account is relatively new, there are numerous pro-Azerbaijani and pro-Turkish publications. 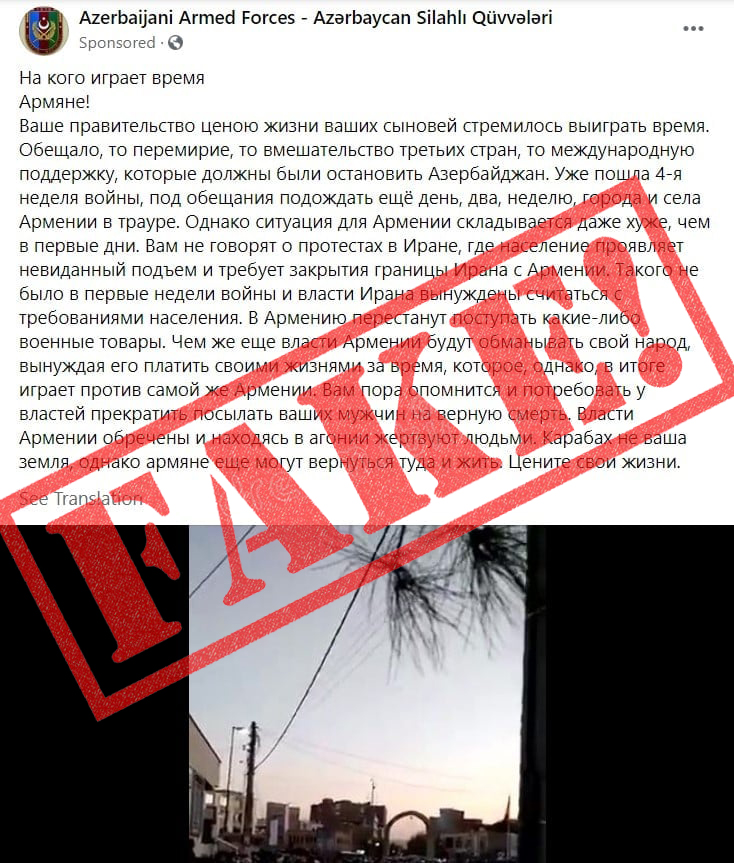 Those managing the account have made useless efforts. During the two weeks of the existence it managed to gather 72 Likes and 100 followers.

This account has ‘’quite a big audience’’ for a country with 10 million populations. It was created on April 20, 2020 and has managed to collect 1483 Likes and 1538 followers, and this under the light that the managers of the account spare no money for advertising their publications. This Azerbaijani account wastes time, trying to slander the horror of the Turkey Garegin Njdeh and the current authorities of the Republic of Armenia. 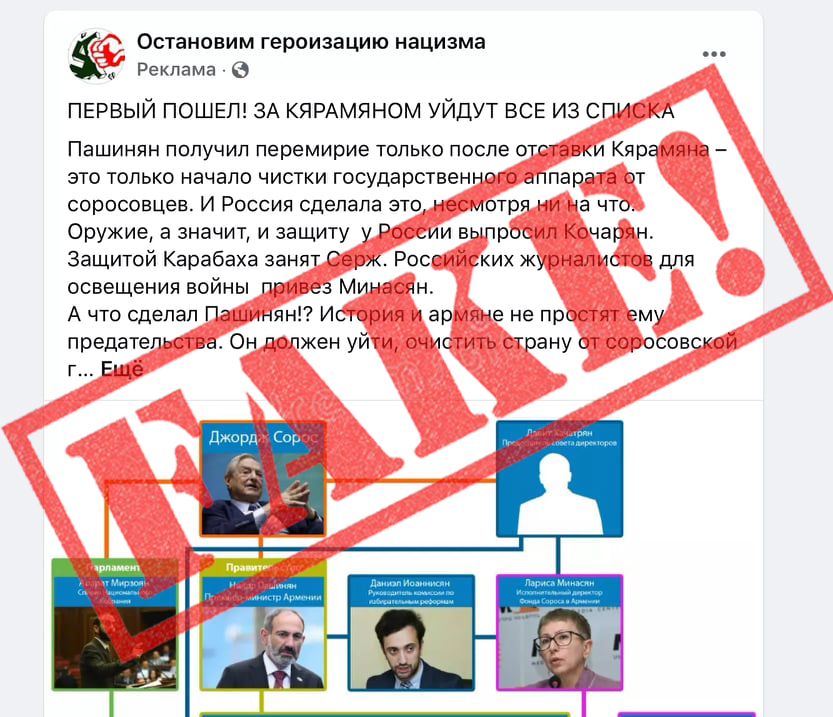 There are many similar accounts on different social media, but they are banned almost every day by real Armenian users. In informational front Azerbaijan has lost long ago. It should be noted for justice that it's hard to ''struggle'', using an account with 72 Likes given that Facebook has 2.5 billion active users.

THE FIRST TUMO BOX HAS OPENED IN GAVAR

SPECIAL NIKE SNEAKERS PUT UP FOR AUCTION, PROCEEDS TO GO TO ARMENIA FUND

THE RESTORATION WORKS OF “SYUNIK” AIRPORT IN KAPAN HAVE BEEN COMPLETED